(Author's note, this is a previously published article from our "Best of Collection" with a few modifications to reflect the challenges of today.) 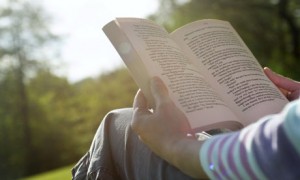 Preparedness is a full-time focus for me as opposed to a hobby or a trend. I live it, breathe it, and think about it constantly whether I"m working or playing.  Obviously I teach and write about it regularly as well.  I will also choose to use spare time  to learn about how I can be better prepared by spending time reading a novel or non-fiction work that illustrates other possibilities for which I'm not yet prepared.

Why?  Because I believe that preparedness is about honor.

Many persons would label those who strive to be better prepared as a bunch of paranoid lunatics. And yet they would not think of calling our honorable men and women who serve in the military, who are on night watch with AR-15s in hand right now, “paranoid.”  Yet are those of us who are watching carefully to what is going on around us and trying to mitigate our losses of life and freedom “paranoid?”  No!!

A person who is prepared is honorable.  They are willing to carry their own weight to protect themselves and those they love instead of naively or cowardly delegating that responsibility to others.    We are all night and day watchmen. Thus we all need to honorably command our posts as careful guards over our family’s safety, nutrition, and peace. No one can delegate that responsibility without bringing shame upon themselves.  It’s hard to think this way when we’re enjoying life’s luxuries or being tossed to and fro with life’s schedule, but it doesn’t change the state of what truly is.  There’s honor in being prepared, not paranoia.

If you’re not paranoid, then surely you must be crazy, right?  Tell that to the police officer who disciplines himself to train 3 times a week with his firearm instead of relinquishing his lifesaving skills to the whomping TWO times a year that his department pays for firearm training.  He’s not crazy. He simply values the breath of life—whether it be his own, his partner, his family, or members of his community.  The Supreme Court says he’s not obligated to protect any citizen—he’s only required to protect the interests of the State, City or County he’s hired by.  So certainly he doesn’t require shooting practice 3 times a week to protect a non-living, breathing entity, right? (Yes, that’s sarcasm.) We are ALL defenders of our community, family, and selves.  We cannot delegate that responsibility to someone else—not today and certainly not in the future in the midst of some disaster. There’s honor in being prepared, NOT the improper label of being mentally deranged.

Preparedness isn’t about hoarding.  It doesn’t mean you have a scarcity mentality. If that were the case then there are millions of 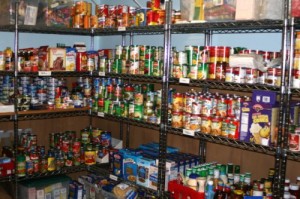 farmers, Amish, and Mennonite people throughout the U.S. that  are crazy hoarders who must believe that the world as we know it will end tomorrow.  (This list would also include the founders of Costco, Sam’s Club, and BJ’s!) It isn’t hoarding to have a year’s supply of food, water, and other necessities. Rather it’s the epitome of the Boy Scout theme! Having supplies of food and water has nothing to do with hoarding. It’s about fighting back against inflation, poisonous food recalls, disasters, crazy crowds, limited time, future “nutrition” manipulation, water contamination, etc.

It doesn’t take much more time to pay for 6 cases of chicken than it does to pay for one. And at least the one who prepares is PAYING for their items. Would our critics prefer that we simply become looters in a time of trouble and chaos?  I’ve watched herds of looters on my television screen every time a disaster of a hurricane or tornado is imminent. And yet I still haven’t seen one of the cowardly opportunists be prosecuted in court. Hmmmm, maybe that is the message intended. ‘hoarding is bad and we’ll fine you money for it, but looting is just fine and we’ll feature you on the 6 o’clock news for it.

Is it not more honorable to financially stabilize our homes by being prepared with the bounty that is available now, rather than 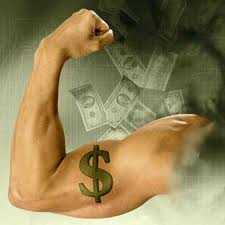 become criminals or desperate cowards in the future?  Regardless of the compromised law of the land, clearly there’s honor in being prepared, rather than having a scarcity mentality.

Is there one shred of honor in the person who claims “I’m coming to your house when things go south” (and means it)?  Let’s think about this for a minute. How would you respond if a person were to say “When I run out of money, I’m coming to your bank account”?  Or “When I get sick because I was foolish, I’m bringing my disease to your house to let you care for me.”  “When I lose my job, I’ll just eat your food, have you pay my bills, and pay for my schooling.” Of course there’s no honor, integrity, or virtue in such thought processes. And yet it is these same individuals who mock and impede those who would prepare themselves for just such occasions.

When one takes themselves out of the selfish “me, me, me” mode and begins to think about the care and nurturing of others, there’s HONOR. When one decides NOT to violate eternal laws by delegating the responsibility of taking care of their fellowmen to some governmental agency, there’s honor. When one looks past today to prepare for the well-being of those they love tomorrow, there’s honor.  When one actually prepares to put themselves in a position where they actually HAVE something to share with others who have nothing, there’s honor.

Yes, there is most certainly honor in being prepared.  May we always remember this and never be swayed by those who do not.

Wow, well said!!! How much diatamaeous earth shoudl I put on my plant leaves. Should I mix with water or just sprinkle on dry?
Thanks!!

I'd just sprinkle a pinch around the plant that way they get a little bit more nutrients every time you water.

I am with Denise. AMEN!!

Very well put! I sometimes forget how we as a society have allowed ourselves to think only of now and our immediate needs (usually really wants), instead of planning for our family's future real need. Linda

Another well written treatise that will help us explain why those within our sphere of influence should at least begin taking baby steps to be self-sufficient.

*Claps with much enthusiasm* Very well put! If you don't mind, I should like to send this to a few 'like minded' friends who have spouses who mock them a bit....So that they may share your wisdom as well.

I do not want to hear the hungry cries of starving from my Grandchildren! I remember this and keep going forward.

Thank you! Ever since I became a ham radio operator I have felt the need to get more and more prepared. Thank you

I think I am going to use the line of when I run out of money I am going to your bank account the next time someone says they are coming to our house if something happens. That is a great line.

Wow! Loved it! There IS honor in being self reliant and not relying on others to take care of you. Very well said!

Just letting you know of all the sites I read, I always come back to yours which I've been reading for about 18 months now. I also appreciate that the majority of comments are positive. Just took a canning class for pressure cooking fish/wild game. I'm going on vaction with the kids to grandma's house and we are setting aside two days for canning as well. She does an oven smoked salmon that she cans and will be a great addition to the cupboards. Back to the point, I'll read your canning posts while I wait for your next entry.