Today I’m going to address another issue in the world of preparedness that tends to be quite controversial. This is the matter of where one should live in order to be better prepared. Addressing this issue properly will require more than one article as there are many components to consider. But for today, let’s start with the most obvious one. Can you only be prepared if you live out in a rural area? 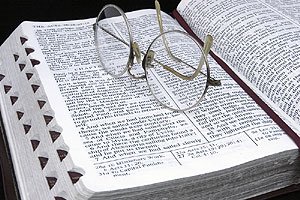 For starters, allow me to answer the question based on the strongest fundamental

and then we can go from there. Personally, I am 100% certain that all of the warnings and admonitions in the scriptures to be educated and prepared are for the benefit ALL of God’s children, not just those who can afford to live in an ideal area of their choosing. To believe such would require one to operate under the assumption that only those who can afford a rural resort prior to a catastrophic occurrence are worthy of the Lord to be safe. Um…that would be about ½ to 2% of our entire population in the U.S. Thus logic defies such a presumption. It’s simply not the case. If it was, I’m certain we would read an abundance of scripture that would caution us from living in an urban or suburban environment. Sure we read of cities being abandoned on occasion (such as Sodom and Gomorrah as well as Jerusalem), but we also read of persons being directed to flee to other communities for their safety. Likewise, I believe that the logistical need to be prepared is applicable to everyone, regardless of where they live. This belief applies to those who live in the city or the country, but it also applies to whether someone lives in the South Africa, Armenia, or the Philippines.

I also firmly believe that being prepared isn’t all about the logistical aspects of having a certain amount of “stuff.” That’s clear in the Parable of the 10 Virgins. If preparedness was just about “stuff” then the 5 prepared virgins could have imparted of their oil to the other 5 unprepared virgins. I feel the most important part of being prepared is being obedient to the warnings given to us by God. I think that’s, in part, why we have the account of Joseph in Egypt, Noah’s ark, and the Parable of the 10 Virgins in the scriptures—to warn us to be prepared. These Biblical accounts also show us the unalterable consequences if one isn’t prepared. Frankly, encouraging more folks to be obedient in being prepared is my first priority—although I do not speak with any God-given authority in doing so—simply a genuine concern for my fellowman. It’s actually only my second priority to help folks be prepared properly and practically for whatever is to come.

So, is there a superior preparedness scenario available to those who live in a rural area versus those who live in an urban area? Well, yes. Logistically there is. But that certainly doesn’t mean that a loving Heavenly Father wouldn’t encourage all of us to be prepared in spite of our living location. You just have to look at your preparedness needs dependent on where you’re living presently.

The fact of the matter is, if you live in an urban or even a suburban area and things go bad, you will need to prepare to move to another area. An urban area presents a great deal of additional challenges that are mitigated in a rural area.  Your selection of an area of refuge should be based on the ability to readily defend it, access to quality sanitation, minimal exposure to violence and looting, and being a part of a community you can trust for your safety and survival. Thus the preparedness efforts you put into place in your urban scenario need to take such a move into consideration. Remember, you won’t just be moving yourselves. You’ll need to plan on taking your preparedness supplies with you so that you will be an asset to any outside community you intend to survive with. In a subsequent article, I will go into greater detail on this part of the topic.

Ultimately, the question of whether to be prepared in an urban vs. a rural area is the wrong question. The better question to ask is “how can I be best prepared for my circumstances?”

Check out our inhome-course programs

Subscribe to Preparedness Pro today and never miss a thing!

For any questions or comments on this article, please leave a comment on the blog site so that everyone can benefit!

Copyright Protected 2009, Preparedness Pro and Kellene. All Rights Reserved. No portion of any content on this site may be duplicated, transferred, copied, or published without written permission from the author. However, you are welcome to provide a link to the content on your site or in your written works.

You are right on about most people just being able to pick up and move to be safer and/or better prepared. Most people cannot do it, at least at the present time. Even if we know what and when something is going to happen, most people cannot. I also think that there will be severe trials the world over, although they may not all be the same trials. I think praying about our own situation and preparedness is an essential part of any decissions we make. Some trials may be that we just need to hunker down, such as in a pandemic. I do think that where to live needs a lot of thought and prayer, so thank you for this series on the subject.

I have another question though. I have heard that the swine flu has mutated, and the new strain is deadly. Supposedly it has shown up in the Ukrain, Norway, Iowa, and North Carolina. Have you heard this, and if so, is there any truth to it.

Actuallly Believer, I haven't heard anything on this, but then again I've been a bit out of the loop for the last week. One thing I have learned in my research as of late though is that if it's in the media it's because they want you to know it. If not... I will check into this more.

Excellent topic and one that requires time to ponder regarding individual circumstances. Our family moved from a large metro area over a year ago based on personal promptings of the Spirit. It was inspiration that we received for our immediate family although others in our extended family are still there and seem to have little concern for future issues. As we are more aware of the challenging times and think through various scenarios that might happen in the not too distant future I am convinced that we made the correct choice; in fact just following the Spiritual promptings that we received was the correct choice regardless of any future outcome. I look forward to reading the remainder of this series.

Kellene, I agree with everything you have said. You have to absolutely take everything our leaders have told us and then adapt it to your own individual circumstances. It's the only way to go. My daughter has only just moved out on her own, but she is so proud of her little stock of food storage.I also believe that all the commandments that we have been given have two components - the first one, to enable us to grow, and the second, to help us to help others, Our communities will never prosper as long as we take care only of ourselves.We need to help others in times of crisis, but only from a position of strenghth. When we are prepared we can do that.

Kellene...this is off the subject....I just read an excellent article on the SurvivalistBlog entitled prepare your spouse Mr Rawles Great idea there you might you might give it a quick look