A real emergency will change who you are today if you aren’t prepared now, pure and simple--and likely not in a way you'd be proud of.  The difference in personalities and decision making in the midst of an emergency is very much like a Jekyll and Hyde complex.  Whether you’ll be Jekyll or Hyde in an emergency is up to you today.  Which will you be?

Priorities.  We deal with them every single day.  But think about this for just a moment. If you had to make a choice to pay your mortgage or feed your family, which would you choose?  Exactly.  You’d feed your family. If you are REALLY thirsty, what can possibly prevent you from satisfying that thirst with some cold water?  Exactly.  Not a thing.  You would even be tempted to drink from an unknown stream to quench that thirst if it was bad enough. Given that the determined quest for food, water and other necessities is so deeply ingrained in all of us, what makes being prepared with such items in the event of an emergency or crisis so hard to swallow? (pun intended)  Why is the concept of having food storage on hand so darn far-fetched? It's not like I'm suggesting you have a 3-month supply of take-out utensils--though you probably DO have those stashed somewhere.  Seriously though:  Do you really think that the government will save you in a real crisis?  That question is not to besmirch them--I do that elsewhere sometimes--rather it's the fact that they CANNOT save you.  People save people and people are, plain and simple, NOT impervious to a mass crisis  Case in point: have you ever heard of hurricane Katrina?  How about the Teton Dam break? Government didn't help those people. It was the people there that came up with ways to help. Are you planning on betting your life and survival on people who can’t even read a bill before they vote on it, and can’t even fathom that you can’t write checks for money you don’t have? 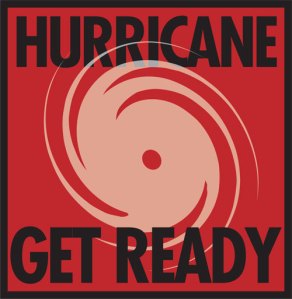 Do you really think that you can just go to the store when an emergency is announced?  Ahem.  Our food system runs on a maximum 3 day delivery cycle.  The food will be there for a maximum of 3 days, but much more likely for 30 minutes in the event of a looming crisis.  Imagine dealing with that in a pinch—ask yourself again, would you be Jekyll or Hyde?

Also, did anyone else catch the fact that our U.S. President announced last Thursday that it was Hurricane Preparedness Week—last WEEK?  Yeah, as of this past Monday through the end of the past week.  I sure hope he’s not the one announcing looming nuclear attacks or coming hurricanes!  It will be yesterday’s news by the time he gets around to it. Perhaps you think that you can get enough food from your neighbor.  “Dude!”  If You don’t have food storage why would you think other people are any different?  The same goes for your parents or your kids.  What makes you think that these people have enough for you and your family too?  Even those who THINK they have enough food storage for a specific period of time are usually incorrect in their estimation, by a long shot!  (In other words, they are OVERestimating what they have.)

Are you willing to bet your life that your neighbor would be willing to share with you OR that you will even be able to GET to your neighbor?  Did you ever think about a mandatory state of quarantine due to an epidemic?  In the event of an epidemic, you can’t expect to “pool” your resources either.  If you live in a group/community the only thing you’ll be pooling is DEATH.  That’s NOT a plan. Perhaps you think that your church will help you.  While I believe that a church is certainly more organized and capable to handle a disaster than our own government, it’s still not realistic to expect a handout.  Basic math is against you on this one.  Compassion has nothing to do with it.  Because even churches that adamantly teach and preach food storage to their members only have enough supplies to help a mere four percent of their MEMBERS.  How do you like those odds?

Here’s the reality, folks.  Hurricane, earthquake, financial collapse, nuclear attack, solar burst, EMP attack, terrorist attack, unusual weather, water contamination, transportation crisis, food shortage, viral epidemic—all of these are very real and potential challenges we could easily face.  That, PLUS a lengthy loss of employment and income.  All real.  All viable.  All being PLANNED for by organizations all over the world.  What you have in your home right now is ALL that you can rely on for the well-being of you and your family!  YOU are your own first responder!

Look around you.  Can you survive right now?  If not, FIX it.  Because you’re not going ANYWHERE if you’re quarantined due to an epidemic.  You’re not going to escape to Grandma’s house if nearly any one of these disasters hit.  So what OTHER kinds of warnings and evidences are you waiting for? Are you kidding yourself into thinking that you’ll be willing to fight for food, water, shelter, etc “if you have to?”  Really?  You can’t even bring yourself to fill some water bottles and store food which is abundant around you right now.  What makes you think you’ll be strong and determined enough to provide for yourself in an emergency? Come on.  PLEASE.  Get real.  Start NOW.  It’s not hard.  It’s NOT expensive.  It’s not a lot of work if you do it right!

The fact is Americans as a whole have NEVER experienced real hunger.  I think a woman who’s been on the grapefruit diet MAY know what hunger feels like.  Hunger and thirst do horrible, unfathomable things to our psyche and disposition.So does financial desperation for that matter. How many of you have heard the line "I needed the money" as an excuse for their unconscionable behavior?  I know that I turn into a shrew when I’m on a strict diet or too hot or too tired. Have you ever seen that in yourself?  Imagine what would I would be like if you  truly had no food, no way to provide for my family?  You can’t expect to be the same person during a crisis as you are today in the midst of running water, well-functioning car, affordable gas and grocery prices and household environmentl control at the push of a button.  It’s impossible. So make some sound, common sense decisions now which you can implement in comfort today so that you aren’t forced to be something or someone you don’t want to be in the future.  Dr. Jekyll or Mr. Hyde.  You decide.

Join us on Facebook Subscribe to Preparedness Pro today and never miss a thing! For any questions or comments on this article, please leave a comment on the blog site so that everyone can benefit! Copyright Protected 2009, Preparedness Pro and Kellene. All Rights Reserved. No portion of any content on this site may be duplicated, transferred, copied, or published without written permission from the author. However, you are welcome to provide a link to our content on your site or in your written works.

Emily, thanks so much for your feedback on here. Indeed it will be tough when those we love will not be prepared. As a follow up to that thought check out The Crisis of Choice article I wrote. It's right up the vein of these thoughts on helping others out or for those who think they will help themselves to our supplies.

There's an adage that says "Lack of planning on your part does not constitute a crisis on mine." But I sense that this will not be the case in a national emergency of any duration, because all of us who are being wise will, at some level, have to deal with those who are not.

We have a family member who refuses to prepare and says he will look to their church "family" if a disaster should occur. It's an ongoing challenge getting him to realize that you cannot draw water from an empty well. His church does not encourage preparedness, so the likelihood that he could depend on getting food and supplies for his family of four is likely nil.

Even as much as we've put aside over the past year seems woefully inadequate to us. I am one who does not "do" hunger well, as lack of even a proper diet (let alone none) can kick off a low blood sugar level response and -- let's just say when Mama's not happy, nobody's happy!

I would plead with everyone reading this blog who would put their trust in someone else to feed them in a crisis to please consider carefully the information presented here and make a concerted effort to be part of the solution and not part of the problem.

Keep up the good work, Kellene!

P.S. Lynnaea, would your brother be offended if you shared some of your "buy one get one frees" (wink) with him and maybe stocked up his shelves a little at a time as you visit? Just a thought. My heart goes out to you.

Dude, ITA. It breaks my heart that I can't get my brother (who keeps ZERO food in his house other than Cheerios and some hot sauce -- oh, and Coke, because he eats out all the time) to take disaster preparation more seriously. I think it just stresses him out to think about it even happening so he just ignores it. I'd happily share what I have with him -- but I'm not counting on us being able to reach each other because we're separated by twenty miles or so of not-so-great neighborhoods.

Amen sister. I could not believe how many Houston people were screaming for gov't assistance after Ike hit. At one point, you couldn't drink tap water and people were panicking b/c they didn't have enough. If we ever have a disaster where FEMA does not show and it lasts longer than 2 weeks (if that long), this city will be crazy.